New River Solutions is a company that provides consulting services that are accessible to US-based small and medium-sized organizations in addition to more traditional large-scale companies. The primary focus is to provide support to businesses and organizations in the areas of business planning, transformation, and special project support. New River Solutions is flexible working with its clients in the fashion preferred by the client, be it on-site, remotely or a combination of both.

We are an organization focused on “doing the right thing – regardless of consequences” The roots of this belief go back to Robert’s great-grandfather in the 1930s. He served “at the pleasure of the Governor” as the first Chief of Police for the State of Maine and was issued the license plate numbered “636” After several years, he and his team were investigating a bank robbery. Reporting to the Governor, he indicated that they would have the crime solved in the next few days. The Governor, rather than express satisfaction, asked Robert’s great-grandfather to stop the investigation. He refused, which resulted in him being relieved of his duties. Several months later, it was discovered that the Governor (and his associates) were involved in the bank robbery. This was the first instance associated with the number “636” and doing the right thing – regardless of the consequences. 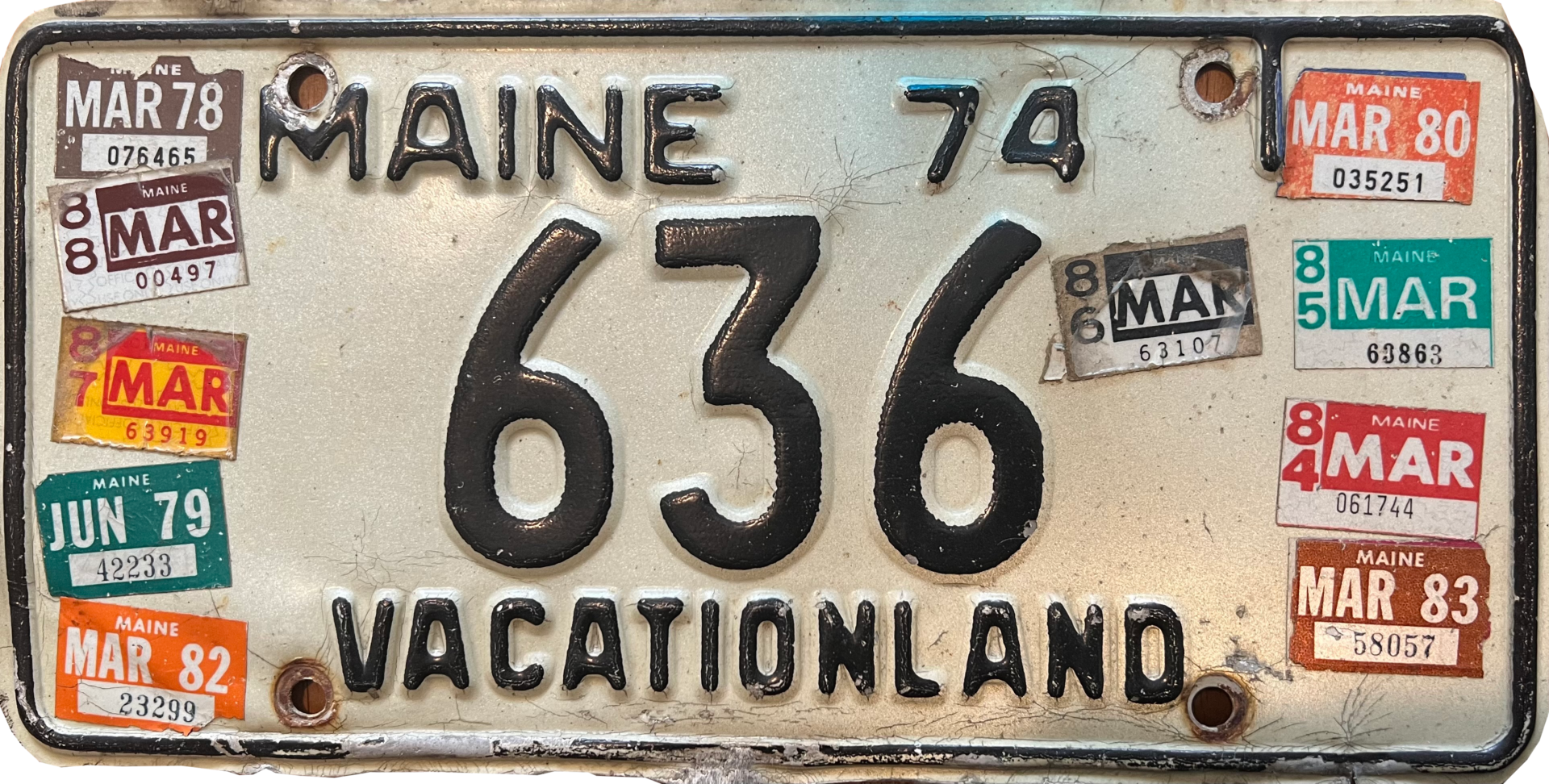 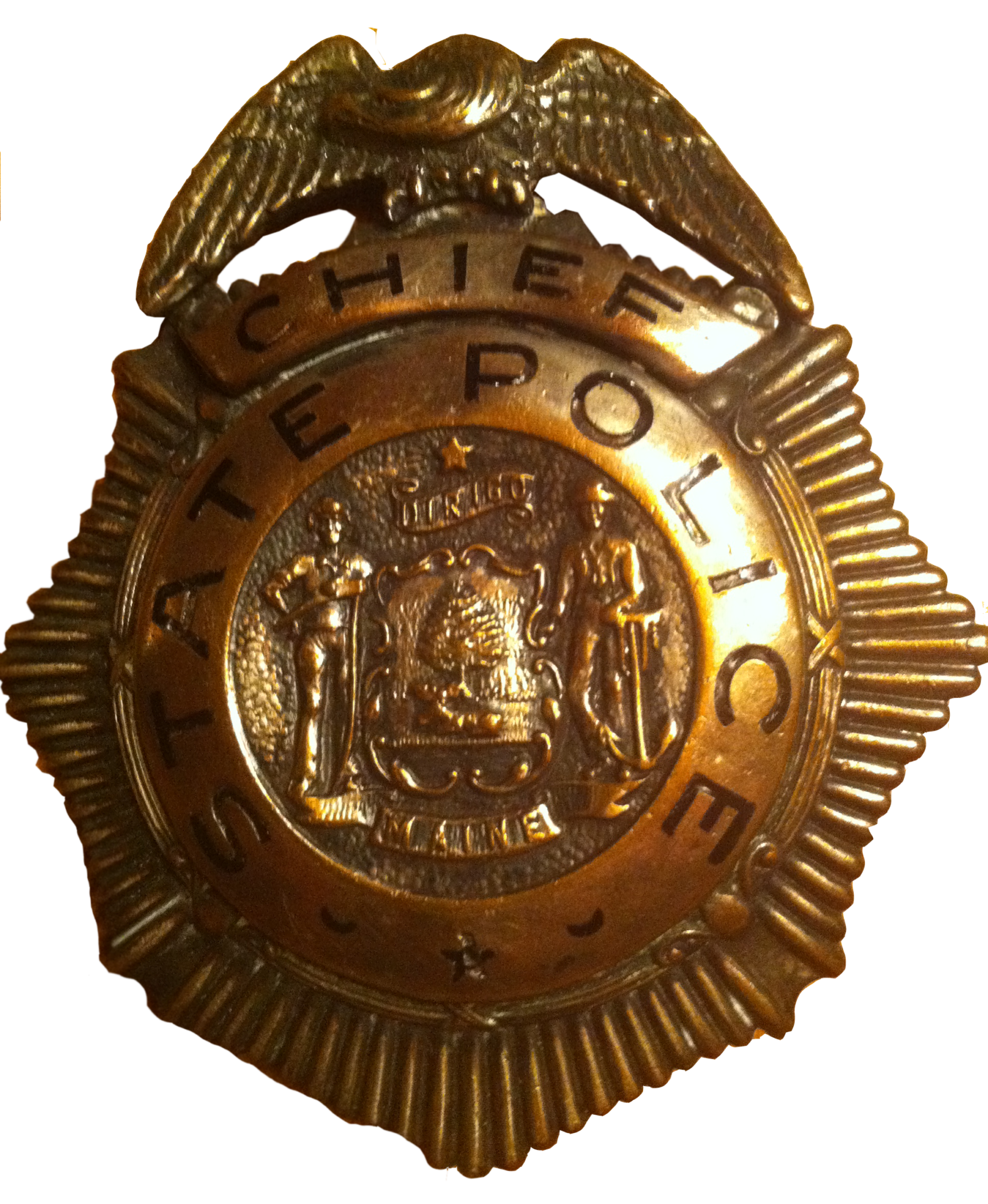 Several years later, Robert’s grandfather was struggling as an Army Air Corps recruiter due to not having “the Maine accent” and borrowed the car with the “636” license plate. By using the car, he was identified as a “local” and soon found his way through the obstacles and became a successful recruiter. The license plate is still in the family – and the number has grown to have more meaning with each passing year. In fact, Robert faced a situation on his second day in a “turnaround” role for a small apartment complex, in which he was injured defending a resident from a non-resident. Following his great-grandfather’s example, he was back on the job the next morning – and his team won the “Most Improved” Award five months later.

We have incorporated this behavior

into the way we treat our customers on a day-to-day basis in providing support with operations, finance, and business planning. Additionally, they need someone “down the hall” that has expertise in these areas to ask an occasional question. We provide solutions that are appropriate to the obstacles that our customers are facing. We are focused on providing the appropriate mix of “retained” expertise on a 1-2-hour basis per week, as well as targeted projects, such as business planning, transformation or specific, company-based needs identified through ongoing conversations with the customer.

Over the last four years the company has worked successfully with a number of organizations ranging from “one person shops”, startups, public sector organizations and large enterprises with specialized needs. 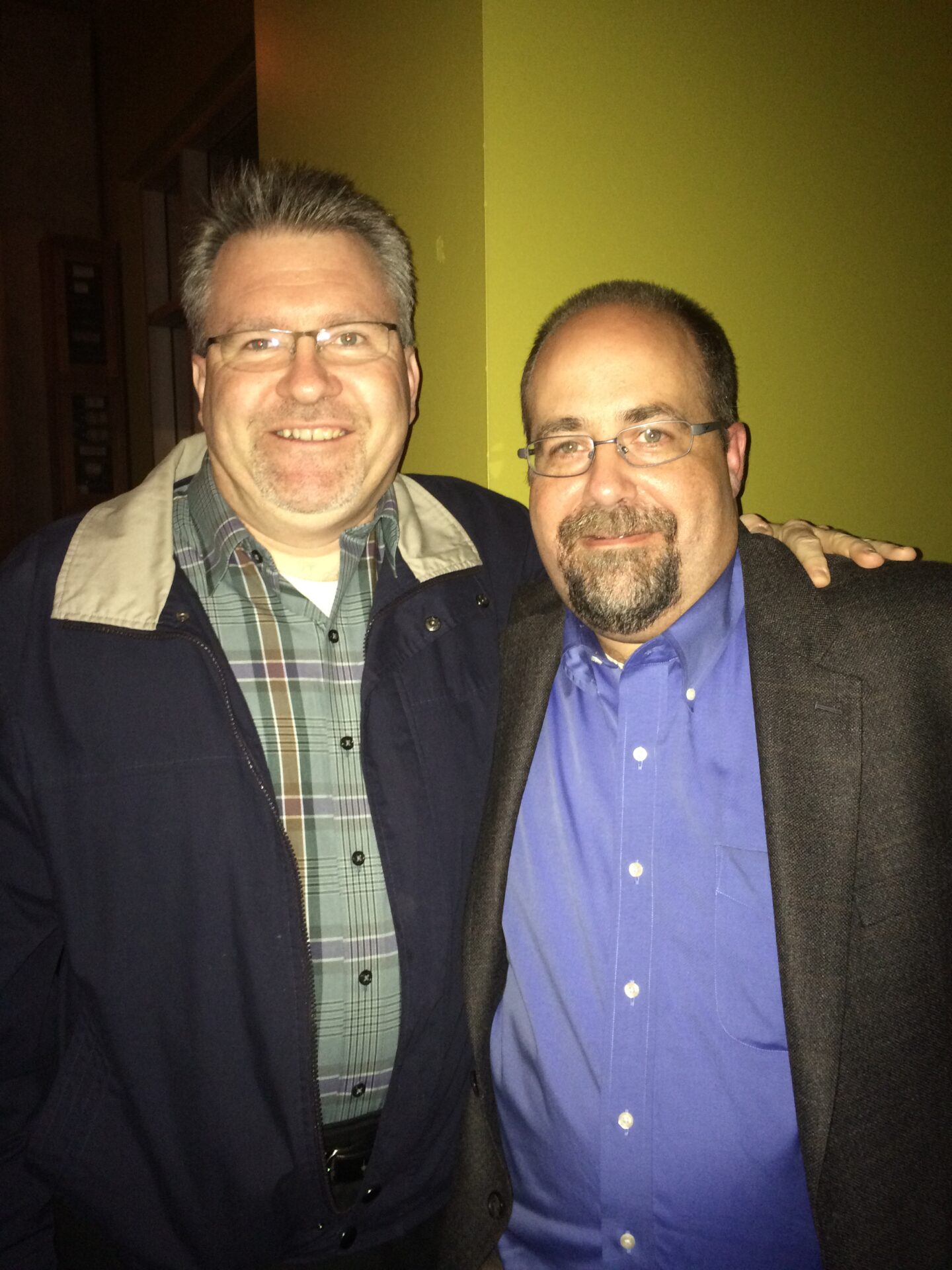 We have incorporated this behavior

into the way we treat our customers on a day-to-day basis in providing support with operations, finance, and business planning. Additionally, they need someone “down the hall” that has expertise in these areas to ask an occasional question. We provide solutions that are appropriate to the obstacles that our customers are facing. We are focused on providing the appropriate mix of “retained” expertise on a 1-2-hour basis per week, as well as targeted projects, such as business planning, transformation or specific, company-based needs identified through ongoing conversations with the customer.

Over the last four years the company has worked successfully with a number of organizations ranging from “one person shops”, startups, public sector organizations and large enterprises with specialized needs. 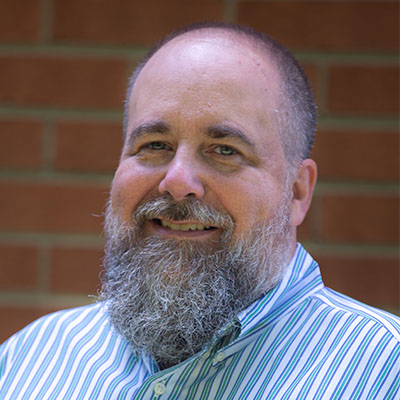 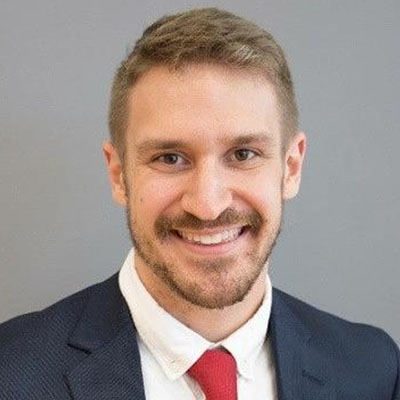 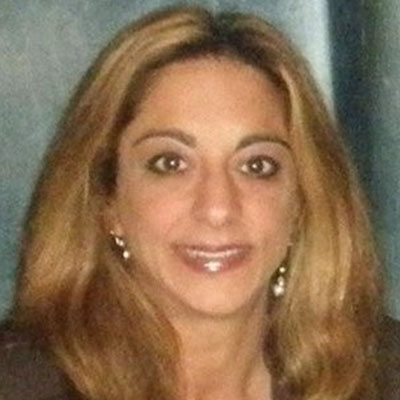 Robert was born in North Carolina and lived throughout the U.S. and in (West) Germany during his childhood, including going to three schools between 9th and 12th grade. He gained a strong interest for both history and traveling due to his experiences and went to Southwestern University in Georgetown, Texas, for his BA in history.

He has lived in Texas four different times and in eight different towns in the state. Since graduation, he has worked at different companies in Arizona, Texas, New Jersey, and Virginia. He went back to school and got his MBA with concentrations in finance and IT from Auburn University in Alabama in 2000. Although the majority of his career has been in finance and consulting, he has also worked as a bicycle mechanic, caterer, dishwasher, optical technician, apartment manager, and communications coordinator. He migrated from traditional finance roles, including vice president of finance and CFO roles, into being a consultant in 2013. Since then, he has worked with a wide variety of clients including the U.S. Department of Health and Human Services, Panasonic, the Iowa University System, University of California-Davis, First Data (now Fiserv), and the International Baccalaureate, traveling to Singapore, Hong Kong, Macau, Sri Lanka, France, Colombia, Mexico, the UK, and Poland for his work.

He moved out on his own in 2018 by forming his own company, 636 Advisors, to continue to help both small and large clients. He is also working with PrimCorp, LLC is an award-winning SBA 8(a) certified and Service-Disabled Veteran Owned Small Business (SDVOSB) management consulting company with a U.S. Federal Agency. In his free time, he continues to practice guitar and other instruments and has been working some singing and playing into training sessions for various business topics. Genealogy is another of his hobbies, through which he’s found he’s distantly related to authors Henry Wadsworth Longfellow and Louis L’Amour.

Robert has testified before a subcommittee of the U.S. House of Representatives on Shared Services, as well as serving on the Joint Commission to improve the connection between Radford University and the City of Radford, Virginia. He lives with his wife in Southwest Virginia in the heart of the New River Valley.

Jacob has over 8 years of experience in Human Resources, Supply Chain, Communication, Marketing, Accounts Payable, Accounts Receivable & Collections, Information Technology and complex turnaround implementations in both the public and private sectors. He has researched and provided key support and training for multiple HRIS transformation projects, and has held multiple roles managing human resources operations in multiple states. Since 2014, he has served in a number of key project roles, including project management, change management and communications in both the public sector (American Red Cross & FAA) and private sector (including Walgreens, MFA and Kroger). He is well suited to developing transformation activities, but is comfortable focusing on daily operational issues, managing staff at all levels, and ensuring a high level of customer service.

Jacob holds a BBA in Management with concentrations in Human Resources and Psychology from Radford University. Prior to consulting, he served in a number of leadership roles in both Human Resources and Operations in highly-matrixed environments. These roles also include leadership roles in the healthcare field, with responsibilities including the implementation and management of a new HRIS used for recruiting and payroll management.

Shaheen Chinwala brings over 20 years of Human Resources experience to the company. She is originally from New Jersey. Shaheen started her career in banking. Upon completion of a management training program there, she obtained her Series 6 and 63 investment license and sold mutual funds and annuities and then went on to become a Trainer during a bank merger and for new hires.

Shaheen then moved out to Northern California for a few years and worked in Human Resources for a start-up tech company. Following that she moved back to New Jersey and began her main HR career for several years working for large companies as a Regional HR Manager/Director. She worked at Millwood Incorporated, ThyssenKrupp Elevator, and Access Information Management. Her job in each of these companies was to provide HR services such as recruiting, training, investigations, employee reductions, and performance management at the front line level to many branch locations in the Northeast. Her most recent role was as an HR consultant for a local pharma company, helping with the employee handbook, job descriptions, policies, recruiting, and other various projects. She loves to create and roll out training programs.

Shaheen’s area of Human Resources expertise include setting up companies with HR services such as M&A, System Implementations, Recruiting, Training, Performance Management, Policy Documentation, Investigations, and Terminations. She takes a customer-service approach to building relationships with business owners, managers, and employees by listening to their needs and providing workable solutions.

Shaheen has a BA from Rutgers University with a double major in Psychology and Political Science and a certificate in Criminology. She attended a study abroad program through Rutgers and spent a semester in England. She enjoys international travel and has been to Australia/NZ, Bali, Thailand, Japan, India, Morocco, Iceland, Mexico, and Europe. She is an avid runner and has participated in many half-marathons and ran the full NYC marathon in 2017.